The Star Wars Saga Comes to an End 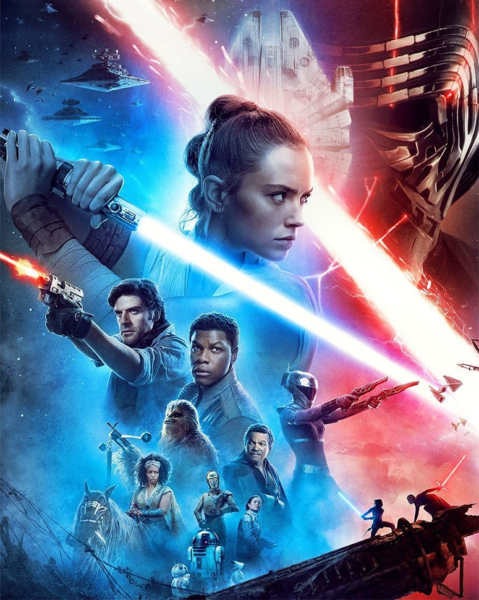 “A thousand generations live in you now. But this is your fight,” says Luke in Disney’s “Star Wars: The Rise of Skywalker.” After an exhilarating ride all the way through the movie, the Skywalker Saga is brought to an emotional end.

From the moment the story is picked back up, the amount of exposition given flies by, as the events of the previous movie seem to provide little insight to where the story of Episode 9 is headed. This was expected by fans, since Rian Johnson directed and was given full creative freedom over Episode 8, instead of J.J. Abrams, who directed both Episodes 7 and 9.

The movie comes in at 2 hours and 22 minutes, but instead of dragging on, it feels like it could have been longer with how much happens within that time. The movie felt fast and could have some viewers lost at moments as the story rushes by. As a fan of the franchise, some of the major aspects of the plot weren’t explained, leaving many exiting the theater with more questions than before entering.

The characters aren’t static but rather have changes that feel real and believable, providing greater depth to the story and the relationships between characters. The visuals throughout the movie are what we all expect in 2020 from a multimillion dollar production, with hyper realistic space and atmospheric scenes.

Overall, “The Rise of Skywalker” seems to wrap up the sequel series well, but as an end to the entire Skywalker Saga, it undermines the importance of the prequels and originals. However, the movie was still a thrilling ride all the way through.

I give “Star Wars: The Rise of Skywalker” a 4 out of 5 cardinal heads.