It’s the most awkward time of the year 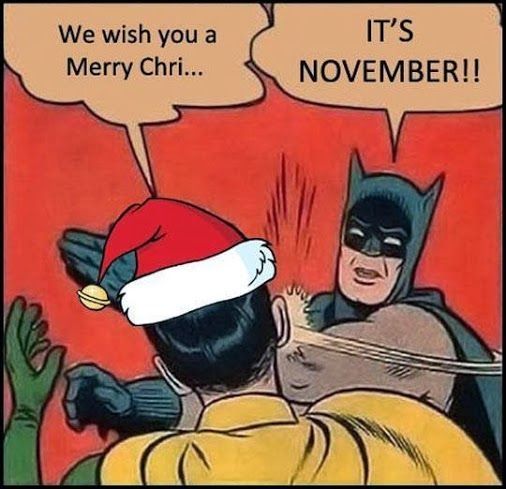 It’s that time of year, folks: those two months between Halloween and Christmas where you don’t know whether you should keep playing “Spooky Scary Skeletons” or start listening to “Jingle Bell Rock.” My suggestion? Switch your playlist back to “Old Town Road.” Stop those Christmas tunes cold turkey and wait until after you’ve had your Thanksgiving fill.

Christmas is a special time of year, but shouldn’t start the day after Halloween. By the end of the year, people become so burned out on holiday cheer that it gets exhausting, but the stores only start their Christmas sales and songs earlier and earlier each year.

This trend of playing Christmas music and selling Christmas items early, known as “Christmas creep,” started back in the recession of 2008, when retailers took their holiday decorations out in October to help boost sales, according to Matthew McNamara, reporter for WFMY News 2. While this does help sales, it can also increase stress levels for shoppers by making them feel obligated to get their Christmas shopping done and make impulse purchases, according to clinical psychologist Linda Blair.

It’s not a bad thing to listen to Christmas music; in fact, there are times when I myself am guilty of listening to a Christmas song in the middle of July. However, when it gets closer to the holidays, most radio stations play those popular songs repeatedly, and it gets annoying after a while. According to a 2018 statistic done by Statista.com, 55% of people thought that listening to Christmas music before Thanksgiving was unacceptable, while only 33% thought it was fine.

Now that the Thanksgiving holiday is officially over, feel free to play “Santa Baby” to your heart’s content. But in the future,  call me a grinch for not spreading holiday cheer, but it’s simply too early for that kind of stress before Thanksgiving.