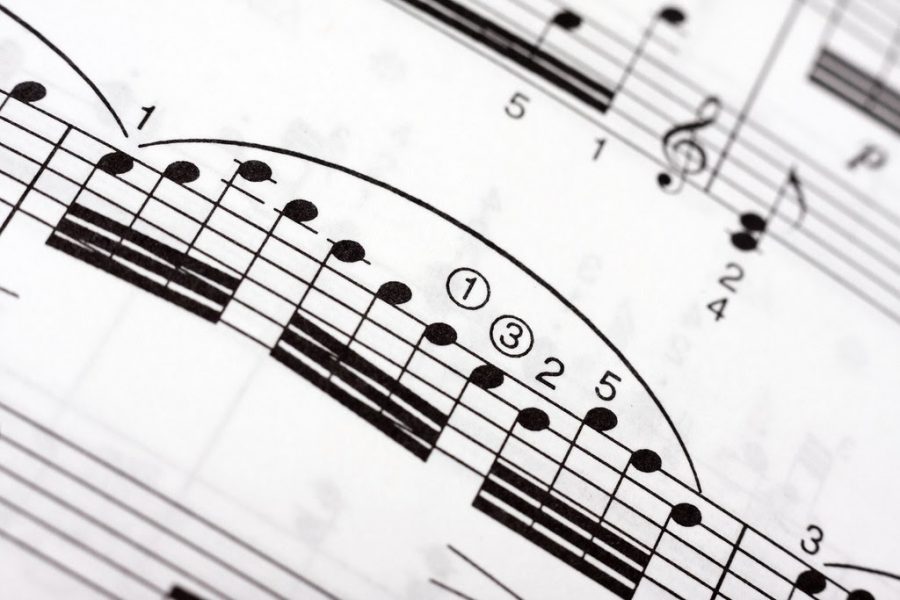 Spending part of their weekend back at school, students who play piano had the opportunity to play at the piano festival on Jan. 25. Any student in the 356 school district was able to participate in this event. High school pianists who took advantage of this were senior Amy Zoglmann, junior Molly Bender, and sophomore Nathan Doffing.

The festival was put on by former music teachers Ellen Kerr and Karen Lange. Each student played their piece in front of the attending audience and a judge. As the pieces were played, Mrs. Kerr judged and gave the students feedback on what will help them later for Regionals and State if they make it.

“It’s a lot less stressful than actual contests and judges,” Bender said. “It helps get the nerves out.”

Bender played an upbeat piece by Chopin, “Polonaise in G minor.” This contrasted the other two performances, as Doffing played a slower piece, “Cristofori’s Dream” by David Lanz, similar to Zogmann’s piece by Debussy, “The Girl with the Flaxen Hair.”

“I don’t like slow pieces,” Zoglmann said. “I don’t mind that it was hard though; it challenged me.”

After this contest, the players have the opportunity to move on to Regionals and State. For Zoglmann, this was where it ended, but Bender and Doffing will attend Regionals and try for State.

“I’m playing the same song, and I’m for sure working on note accuracy and dynamics,” Doffing said.