Feeding families one can at a time 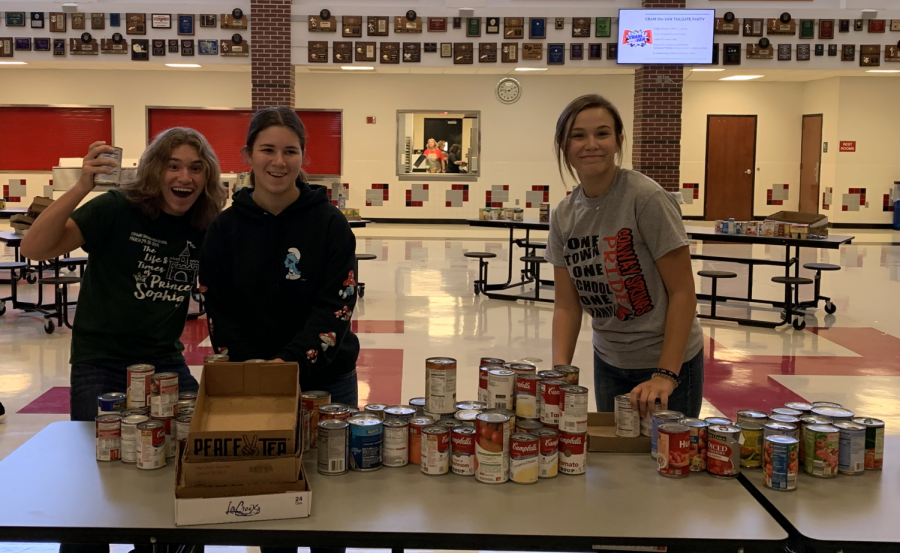 Every year, Conway Springs hosts a canned food drive. For the last two years it has been run by Wheatland Electric. All donations go to the local mission mart. Students bring both canned food and monetary donations to school, and community members can donate at the tailgate party at the football field on Friday night.

The high school, middle school, elementary and St. Joseph elementary all donate as part of the Cardinal Care food drive. Then those donations are given to Wheatland Electric’s Cram the Van.

“They ask for people to donate, and what we’ve done is co-host is and made it all into one night,”  Student Council sponsor Callie Bartleson said.

The food drive helps benefit those in need, as well as giving the classes some healthy competition. The class who collects the most canned foods at the end of the drive gets a pizza party as an incentive.

“It’s a healthy competition for the classes, and it is all for a good cause,”  junior Kyla Echelberry said. “The tailgate party is cool as well because all you have to do is bring a can of food, and then you get free food from the hosts.”

The high school also has one student who donates as much as they can every year. Junior Sadie Schmanke and her family members run a booth at Fall Fest. They donate all proceeds to the school and split the money among their kids. This year, Schmanke donated $350 to the junior class.

“We think that it’s a good organization and that it will help a lot of people,” she said. “We needed an organization to donate our proceeds to from our booth, and we thought that it would be a good choice.”

The grand total at the end of the night was 4,863 items. There was $1,559 donated and 1,745 items donated. The high school contributed 1,730 of those items. The junior class won the class competition, with their total ending at 895 items.