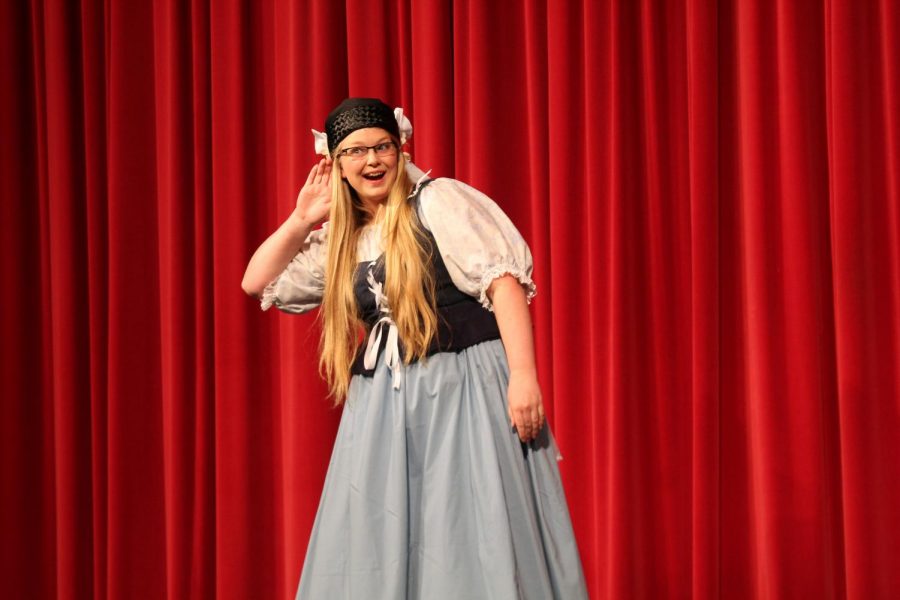 During last years play, senior Annette Berntsen speaks in between each set as the narrator. “I thought last year’s play was one of the best that we have done, and I'm really excited about what this year’s play will bring,'' Berntsen said.

This fall the Drama department will be putting on their sixth play since starting back up four years ago. Auditions took place Sept. 19 and 20 in the evening in the high school auditorium, with a total of about 20 students signed up and 14 spots available.

“I was nervous even though it was my second time trying out because this play has fewer parts available,” sophomore Averie Stull said.

There was a good mix of new and returning people trying out this year.

“I worked in the booth for Audio and Video for the play, and now I want to be on stage,” Herndon said.

Last year’s spring play “The Life and Times of Princess Sophia” had a lot of small parts for first timers to get a feel of how it is, so this year several tried out for bigger parts.

“I am excited to show my silly side and really show who I am,” Beck said.